Currently, the tallest shipping container structure in the world is the Freitag Store in Zurich. It has held the title since 2006. But a recently green-lit project in the United Kingdom looks set to change that.

Upon completion, the new shipping container tower in east London will stand at a full 26 metres, not including its lift overrun. This gives it a significant edge over the Freitag Tower.

The as yet unnamed tower will function as an office block. It’s set to have nine floors, created by nine layers of stacked shipping containers.

The exterior will be softened by cladding, but the interior walls will retain the familiar corrugated metal finish.

The structure will be fabricated largely offsite and then assembled at its final construction site in Whitechapel. This will reduce construction costs by an estimated 30%. 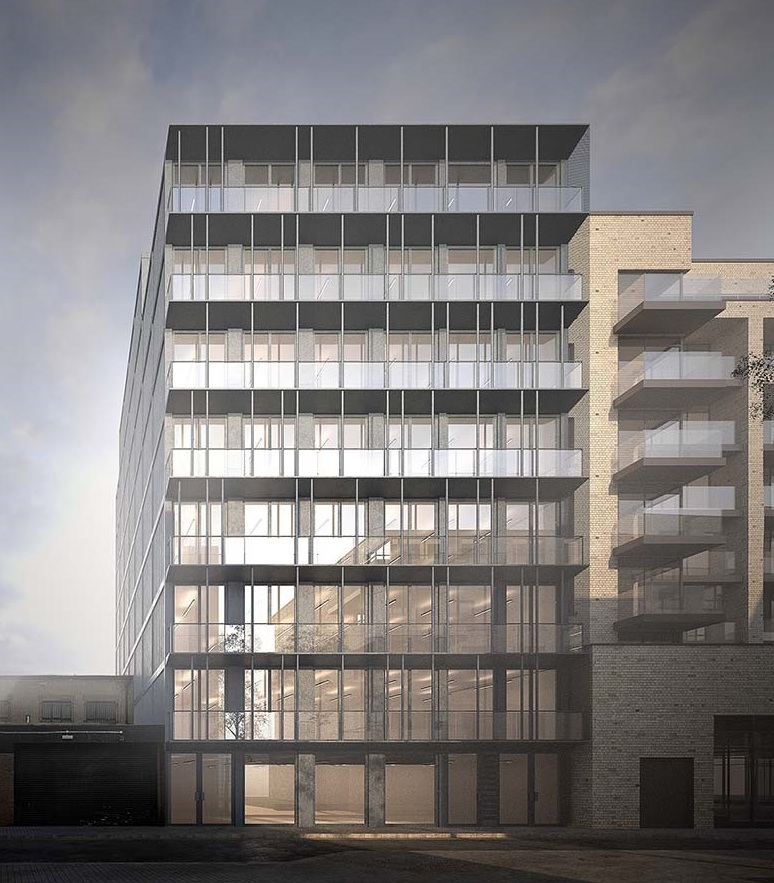 Because the structure is almost entirely recycled, its carbon footprint is significantly lower than that of a traditional brick and mortar building.

The tallest shipping container in the world

With a completion date for the new tower not set, the Freitag Store will hold on to its title for at least a few more months.

For a time, the Freitag Store was also the highest building of any construction type in Zurich.

The tower was completed in 2006 and was created using 17 whole shipping containers. The first two floors are 4 containers abreast with the third and fourth measuring two containers across. The remaining five storeys are only one container each.

The current record-holding tower is named as such because it houses a well-known store called Freitag. Local Zurich brand Freitag makes popular and stylish messenger bags that are created from repurposed truck tarpaulin.

It’s therefore fitting that their store should also be made from repurposed materials. The bottom four floors of the structure hold the store while subsequent floors are used mainly for storage and to house a staircase that takes shoppers to the observation deck on the top floor.

At Big Box Containers, we rent and sell high-quality steel containers. We also perform basic conversion work, such as adding windows, doors, lighting, insulation, security and air conditioning. Contact us online or call us on 0861 447 474 to find out more or discuss your needs.

Construction Conundrums are made easy by Big Box Containers.